Darryl Neier, the Managing Director of DLG Advisory Services, has over 35 years of experience in the detection, investigation, and prevention of fraud in throughout the United States and on international engagements to include Canada, United Kingdom, Puerto Rico, Dominican Republic and India.

Mr. Neier brings his unique experiences from his law enforcement background to every engagement. Having spent 20 years with the Morris County New Jersey Prosecutor’s Office, he has been involved in complex white collar crime, internal affairs, political corruption, insurance fraud and computer crimes. His reputation as an expert in this field is widely recognized. From 2002 until December 2018, he was the Principal in Charge of the Forensic Accounting Practice at Sobel & Co., LLC, and is currently “Of Counsel” to the firm.

Mr. Neier is an adjunct professor at Seton Hall University, Stillman School of Business instructing on financial investigations and compliance at the Graduate level. In addition, Mr. Neier is a Member of the U.S. Technical Advisory Group to ISO TC 309, Governance of Organizations working on the establishment of international standards of corporate governance, anti-bribery and whistleblowing. Additionally, Mr. Neier is a certified instructor with the National White Collar Crime Center (NW3C), and the former National Chair of Allinial Global Forensic Accounting Community of Practice and a former trustee of the Morris County Bar Association Foundation.

Request a Call Back 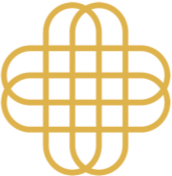 Need help investigating and analyzing financial records?
Get In Touch